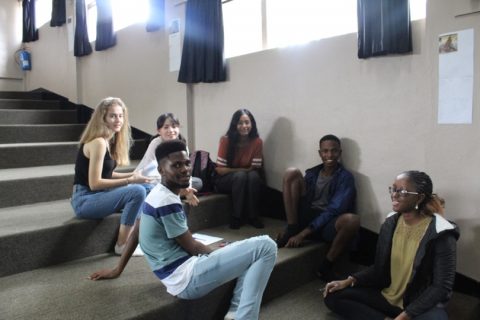 Today we asked some of the biggest questions you can ask in development—how do countries make their way out of poverty? What responsibility do other countries have to help? And what are the models that have been tried? Economic development is perhaps one of the most academically challenging sections of the short course. We cover everything from the theory of comparative advantage (yes, with a bit of math) to the poverty trap, to free trade and liberalization.

After an overview of the different theories, we did a simple exercise—are we better informed on the current state of the world than a chimpanzee? It’s based off an exercise developed by statistician Hans Rosling, to demonstrate how deeply engrained our negative impression of the state of the world is. He developed a set of ten questions, each with three multiple choice answers that cover everything from global literacy rates to life expectancy, to the prevalence of extreme poverty. The global average score on the test is 2…most people do worse than a chimp would do by randomly guessing, because they severely underestimate the progress that has been made. Our group did much better—we had an 8 and a 9, but even amongst our students, there were a couple of 2s and 3s. Rosling’s point, and the one we made to our students, is not to undermine the severity of global problems. But rather of the importance of perspective, and truly understanding the actual problems we face, not necessarily just the hype around them. 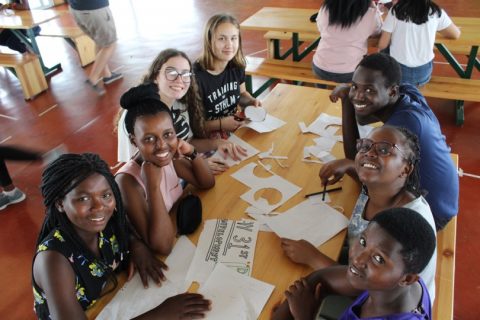 Our last session of the way was a workshop to simulate global inequality. Participants were assigned to “countries,” each with different starting conditions—wealth, resources, labor, infrastructure, passport power—and assigned tasks to complete. They navigated the complex relationship between those variables. Wealthy countries with abundant infrastructure but limited resources and labor. Poor countries with abundant resources and labor, but poor infrastructure. Things got animated and competitive, but the deeper point about the inequality of the system hit home.